Known for her fierce and bold personality, Cathene Suen Wishardt better known by the moniker Azkella is a multi-faceted recording artiste, model, song writer and entrepreneur. From a very early age she knew that she wanted to become a musical mogul, and ultimately earn herself a place in the music business.

Azkella has been blessed with the talent of constructing ingenious lyrics, coupled with a lethal combination of sexy and a signature sound that keeps her audience asking for more.

Growing up in the cool cool hills of Mandeville, Jamaica her first musical influence came from her father. She vividly remembers him constantly reminding her that she could be anything that she wanted to be in life. In fact, it was through a mutual friend of his, Richard Bell, the owner of Star Trail Records that she got her first taste of music.

She started performing at age fourteen and at age sixteen she released her first song that was given some radio attention. During her study at the Northern Caribbean University (NCU) , where she majored in Mass Communication with a minor in Criminal Law she decided to take a break and focus all her efforts on music as a sole career option.

From the inception of her career she has been an innovator, offering a refreshing and tasteful take to the musical sphere by adding her own flare and unique style. Azkella describes her music as “a little bit of everything but always with a touch of dancehall.” Her sound is eclectic, universal and embodies who she is as a creative being.

She cemented her success in the business by releasing the highly provocative and sexy single “Ease the Stress,” which has been receiving tremendous acclaim so far. Anchoring it all together is her incredible stage presence and her professionalism. Azkella always leaves an indelible mark on the minds of people in any given situation. Her music will undoubtedly make an impact on both the local and international audience.

Her Philosophy remains, “A bird is safe in its nest- but that is not what its wings are made for.”

What do you think? 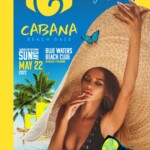 None of the authors, contributors, administrators, or anyone else connected with this website, in any way whatsoever, can be responsible for your use of the information contained in or linked from these web pages.

Your password reset link appears to be invalid or expired.

To use social login you have to agree with the storage and handling of your data by this website. %privacy_policy% 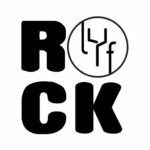 Would you like to receive automated notifications about updates, exclusive offers, and giveaways?
Dismiss
Allow Notifications